The Weekly Hunt, similar to the Daily Challenge, was an event that requires the player to collect a certain amount of tokens to receive a prize. It was introduced to the game after the Egg Hunt in the

. The deadline for each challenge, as the title says, is one week (Sometimes, the deadline is 2 weeks instead of 1, according to the New Orleans update) . The appearance of the tokens needed to be collected differs each edition. For example: For

, however, they serve the same purpose. There are 4 challenges per edition (now it has been changed to 3 challenges). Each challenge requires the player to collect a different amount of tokens, the higher the amount the tokens needed, the better the prize. Weekly Hunts last for three or four weeks. 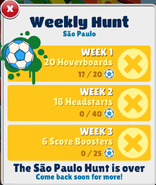 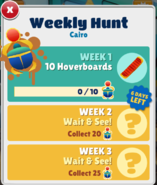 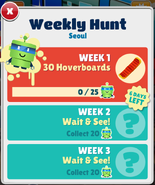 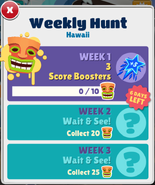