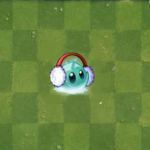 Hello Visitors! This is my profile! You can find info about me and my Subway Surfers Info, Feel free to message me, and don't be shy to ask if you are an experianced users, and needs to be promoted.

In this section, you can find my information on Subway Surfers!

This is a lot of details! But, it's worth the reading!

Retrieved from "https://subwaysurf.fandom.com/wiki/User:TheCuteDolphin?oldid=7597"
Community content is available under CC-BY-SA unless otherwise noted.