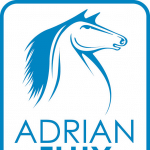 Hello! I am a SS player and I love it! Highest score: 10M+ (cannot remember now).

I started on Christmas day (I got a tablet - my phone was not compatible with SS before). I managed to get Jingles first. I did not want to get either Jamie or Snowflake. Until the last day, when I played like crazy. Still no money for Jamie (I had 5k before - I gave money for Mistery Boxes when I was not experienced), but I got 60k so I got Snowflake (still needed to put my tablet on Midway Hour to finish it XD).

I ended the update with 0k coins gotten.

I continued with Mumbai update. I was disappointed about no Weekly Hunt Hoverboard, but I played constantly and I got Bengal at about 12 days left. After that, I got another 100k while playing and got Jay.

I ended the update with 10k coins gotten.

I did not want the character (because: 1. it was a past character and 2.it is too Bieber like XD), so I just got the board (Flamingo) immediatly after I got 50k.

I finished the update with 68k gotten.

The fact I did not get Nick became an advantage (because of that, I can get limited characters easier). I played more than usual on first day, because I was excited about the update and I wanted to get Mina really fast. I ended the day with 91k.

Second day, I did not play that much, but I still got Mina and her Robot Outfit.

I ended the update with 115k coins gotten.

After I updated the game, I instantly got Tony and his Folk Outfit. He is cool!

I got Liberty the third day.

I ended the update with 101k coins gotten.

Rosa is probably the best limited character which I got. Of course I got her first day of the update.

As I played a little bit more first day of the update (as always), I got 25k. I got Prickly on the first Sunday of the update. It is pretty amazing! (One of my favourite hoverboard from my collection - except Jingles).

Good enough that the 2nd week gives 40 hoverboards, to try Prickly as much as I want hehe.

I ended the update with 81k coins gotten.

I was really confused when the update came on Wednesday, I didn't collect enough money for Roberto. But I was really close, so, as I play more always on the first day of every update, I got him first day. I was really dissapointed when I saw no hunt hoverboard :( (come on, not even Chicky?).

I did not played after about 6 days.

I ended the update with 40k coins gotten.

Did not play at all.

I came back! Now I started playing again, as I got a new phone, which moves MUCH better than the tablet.

I got Wayne the 15th day of the update, both him and the Chief Outfit. I also got Lucy, Fresh, Tricky and Ninja (with his Flame Outfit).

Momentanly I have 100k coins, so I will definetly get Sun when the Beijing edition arrives.

Note: I never used hacks! (Only time travel, which is not a hack, to see next weekly hunts - I just want to see them, not completing them before they are officialy released.)

Retrieved from "https://subwaysurf.fandom.com/wiki/User:Nolimit3?oldid=82904"
Community content is available under CC-BY-SA unless otherwise noted.