in-game) are a power-up in Subway Surfers. When collected, the player wears them and starts bouncing very high in every step. The player can now jump on top of trains, and jump over obstacles they would usually have to roll under to dodge (i.e. Tallest Barriers). The bottom of the shoes can collect coins under them just like a magnet, allowing the player to collect coins under them (in the lane they are on only) without even touching them, they will also be able to collect other power ups when under those shoes. If the player collects a Jetpack before the sneakers run out, the shoes are paused, and they are not reactivated until the Jetpack runs out just like the hoverboards.

Stuck on the wall while using the Super Sneakers

The Super Sneaker with Olivia

The Super Sneaker with Elf Tricky 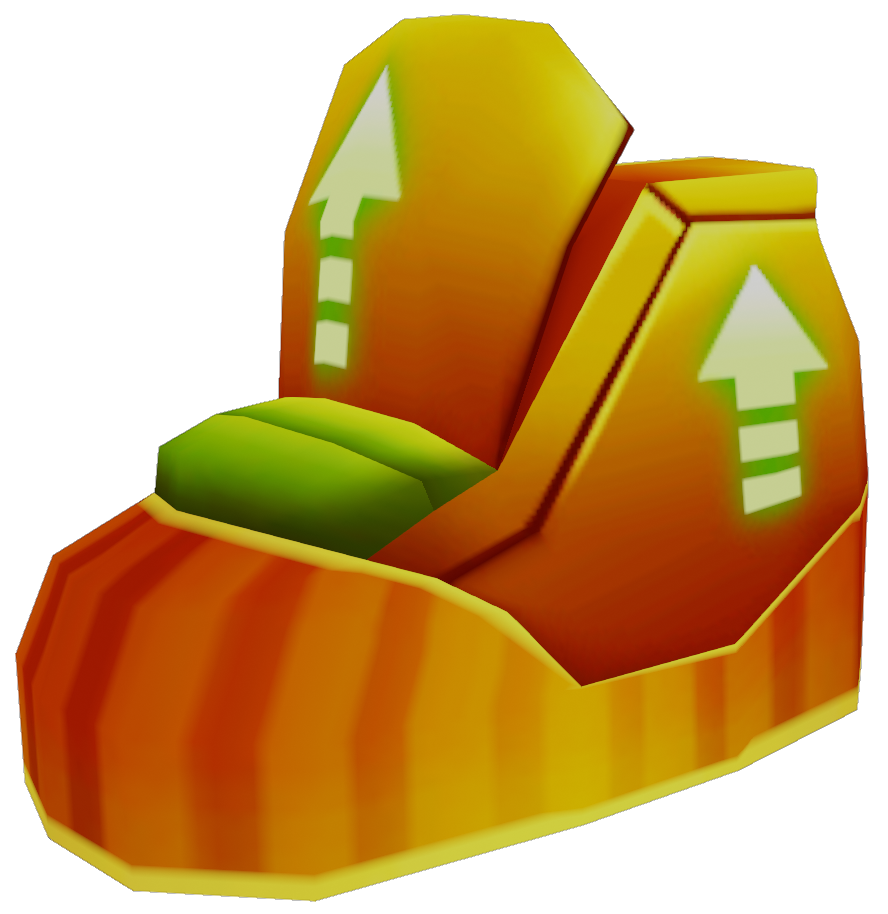