Sunset (previously known as Miami) is one of the hoverboards in Subway Surfers. Like any other hoverboard, it will protect you from crashing for 30 seconds. When crashed, it will explode and recharge for a few seconds before it can be used again. It costs

The hoverboard has the appearance of a beach during sunset in a hot pink background. 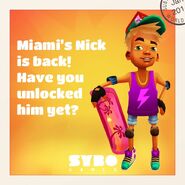 Nick holding the Sunset board 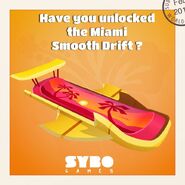 Unlocking Pink Trail with Ninja in his Flame Outfit 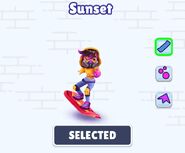