View source
Not to be confused with Venice update.

95,000), with a brand new outfit called the Lifeguard Outfit (costing

15), and a new board called Renegade (costing

50,000). This edition celebrates the world premiere of the first episode of the Animated Series. Another character, named Boombot, has also been introduced. Weekly Hunt tokens are Skater Stickers ( 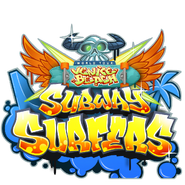 The Graffiti
Community content is available under CC-BY-SA unless otherwise noted.
Advertisement