15. Ninja also received his second outfit, known as the Flame Outfit. A new hoverboard, the Cruiser, was also introduced into the game. It was released on Thursday, 31 July 2014. 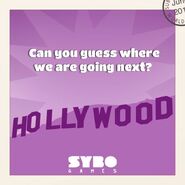 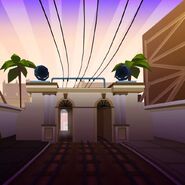 Mina on the Los Angeles homescreen

A new outfit for Ninja, called The Flame Outfit

The Ninja Thursday Event introduced on this edition