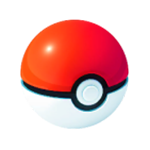 Pokémon Wiki is a community-driven site dedicated to the entire Pokémon franchise. With over 8,000 pages, you'll find all generations of Pokémon, as well as information on all of the anime, games, characters, and more.