Roto is a hoverboard released in the

update. Like any other hoverboard, it protects you from crashing for 30 seconds. It's costs

20. It resembles a drone, with a event special of Secret Files of Frank for Subway Surfers The Animated Series.

Sofia on the Roto board. 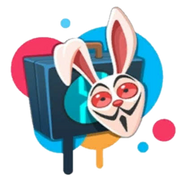 Roto logo's reference in scene with Frank in the animated series.

Another Roto's dossier Symbol in the Animated Series. 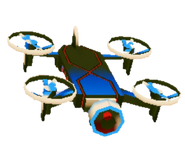 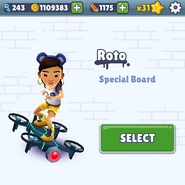