Ox is a limited character from

. They can be unlocked for

Ox is a character of an unknown gender who wears an large ox mask and a long red Chinese robe (which also has an gold cloud pattern on the ribbon tied around their waist; They also have some sort of gold attachment onto it). They also have long dark lustruous hair with a small bun in the back. They also wear white tights with black, flat shoes. 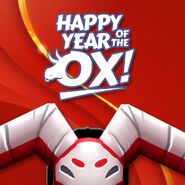 Ox with a drum

Ox in the trailer 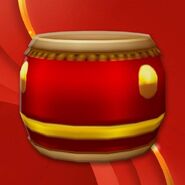 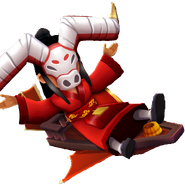 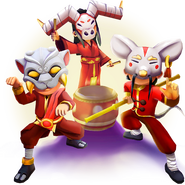