. Like any other board it is activated by 30 seconds by double tapping. It's unlocked by purchasing with

, it received a new board upgrade, called Dust Trail, which costs

The board is a stereotypical magical flying carpet.

Unlocking Old Dusty with Amira in her Genie Outfit

Tricky holds the Old Dusty, but with rolled-up form 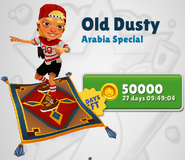 Purchasing Old Dusty with Olivia in her Skate Outfit 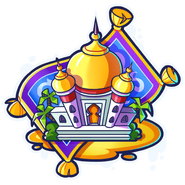 Old Dusty on the 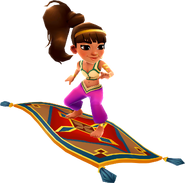