Jay is a limited character that was exclusive to

and was re-released during the

95,000, just like any other limited character. His first outfit, the Blue Outfit, costs

He appears to be a marathon runner with a white tank top, green short pants, green sport shoes and short black hairstyle. He wears a gold medal on his neck and has blue wristbands. He also seems to be very fit and athletic.

update, he had a white tank top, white short pants, blue sport shoes and a man bun. He also wore a gold medal on his neck, which is the same medal he wears on the new version of the outfit. He had black wristbands. Also, the number '171' was written on a piece of paper stuck on his shirt

In the re-release of

, he uses the same outfit he currently has, and has received the Blue Outfit, which costs

30. In this outfit, he wears a blue turban, red baggy trousers and a white sherwani. His shoes, medal and wristbands have been removed.

In his Color Master Outfit, his shirt is removed, and has paint all over his arms and face. It costs

25. His hair is also designed differently.

Unlocking the Bengal board with Jay on it 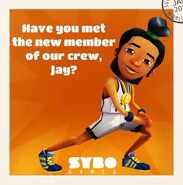 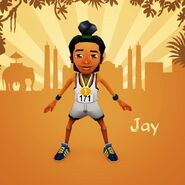 Getting a Top Run with Jay

Getting a Top Run with Jay in his Blue Outfit 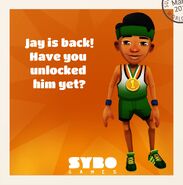 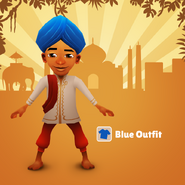 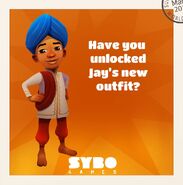 Jay in the Color Master Outfit with Jake and Tricky

Jay (Color Master Outfit) In the

Jay selected as a character

Jay on the Kiloo cover 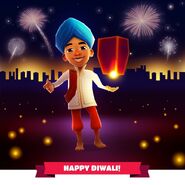 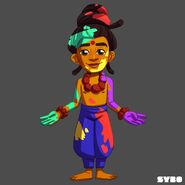 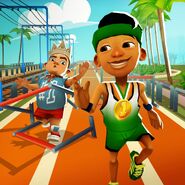 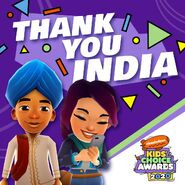 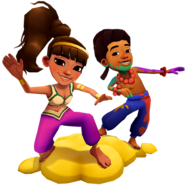 Jay in his Color Master outfit and Amira with Color Cloud 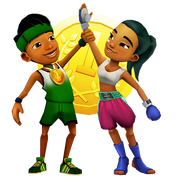 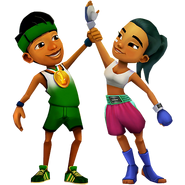 Getting a highscore with Jay in his Color Master Outfit
Español Français Português do Brasil Türkçe
Community content is available under CC-BY-SA unless otherwise noted.
Advertisement