In the London update, she received 2 new outfits, which are the Rasta Outfit and the Gold Outfit, they cost

In her Rasta Outfit, she wears a colorful hat over her afro and wears glasses with golden outlining. The line on her shirts' sleeve are now yellow. Her socks are also changed to green. 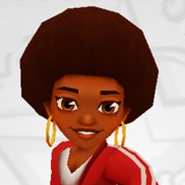 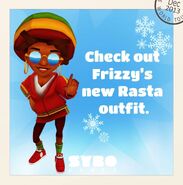 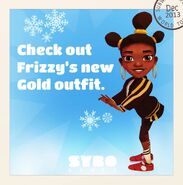 Frizzy in the Update the App! ad