Big Kahuna is a non-limited hoverboard in Subway Surfers launched on Subway Surfers: Holiday. Like all other boards, it protects you from crashing for 30 seconds. When crashed, the board will explode and will need a few seconds to recharge to be used again.

, it received a new board upgrade, called Stay Low, which costs

, it received a new board upgrade, called Smooth Drift, which costs

It has the appearance of a orange and white, typical surfboard.

Unlocking Big Kahuna with Prince K in his Shine Outfit

Brody riding on a Big Kahuna. 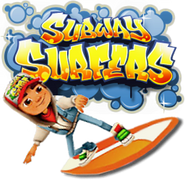 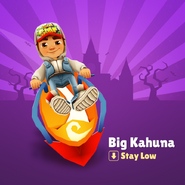 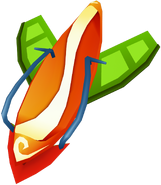