Bamboo is a limited hoverboard in Subway Surfers exclusive to

. Like any other hoverboard, it protects you from crashing for 30 seconds. When crashed, the hoverboard will explode and need to recharge for a few seconds before using again. It needs

The Bamboo board is built with five long sticks of bamboo wrapped around the board to keep it's shape. 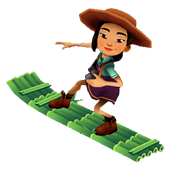 Liu posing on the Bamboo board.

Bamboo revealed at a SYBO video 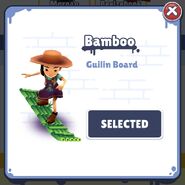 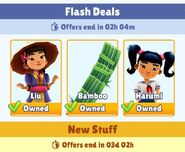 Unlocking Bamboo with Lana in her Nordic outfit 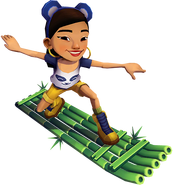