Amy is a special character released with the

update. She originally came on Chinese Version. She could be purchased with real money in a Bundle with Spaceship. She's returns in

She is a girl from China who wears a space suit with black shoes, and she has blackish brown hair.

In her Panda Outfit, she wears simpler clothes with a panda theme, with a tiara with panda ears, unlike her astronaut outfit in the panda outfit, she wears her hair loose. 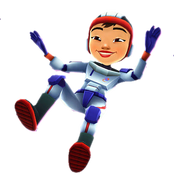 Amy is flying in space 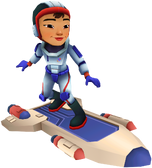 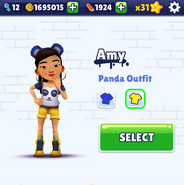 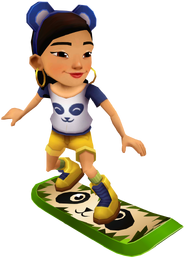 Panda Outfit with Panda board.