Aero is a limited hoverboard released with the

update. Like any other hoverboard, it protects you from crashing for 30 seconds. It costs 2.99 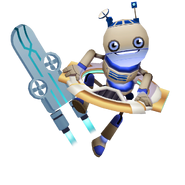 Retrieved from "https://subwaysurf.fandom.com/wiki/Aero?oldid=168693"
Community content is available under CC-BY-SA unless otherwise noted.