4th of July is a limited special hoverboard introduced in the

. Like any other hoverboard, it will protect you from crashing for 30 seconds. When crashed, the board will explode and recharge for a few seconds before it can be used again. It has two upgrades, one being Spark Trail , which costs

80 and the other being Speed Up, which costs

It has the appearance of a Rocket with the colors of the United States flag and has a trail of fireworks to celebrate the Independence Day of USA on 4th July.

Nick in 4th July Board Screen 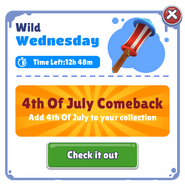 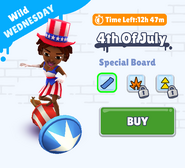 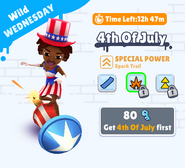 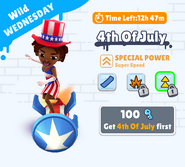 Unlocking 4th of July with Nick in his Neon Outfit
Español Français Português do Brasil Türkçe
Community content is available under CC-BY-SA unless otherwise noted.
Advertisement